I am a film producer focusing on international sales.

My first film project Iron Grandpa was sold to tv channels around the world. For example Al Jazeera broadcasted this documentary film about a 72-year old weightlifter to their more than 40 million viewers.

I attended for example the Cannes Film Festival in the year 2016 and this year 2018 I’m going there again with Mättö Media and a new film project. 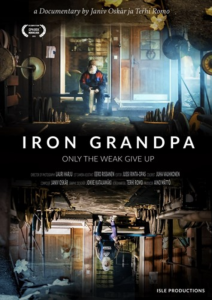